Willy was a little sperm.

He lived inside Mr. Bowne... He lived with 300 million other sperm and they all lived in Mr. Browne at the same address.

At school, Willy wasn't very good at sums.   But he was VERY good at swimming. So was Butch.

Soon it would be time for the Great Swimming Race. Willy practised every day... but so did all the other 300 million sperm... and so did Butch.

But there was only one prize - a beautiful egg.

The egg was inside Mrs. Browne...

" If there are 300 million sperm in the race, how many will you have to beat to win the egg?" the teacher asked.

"Ten?" said Willy. He wasn't very good at sums, but he was VERY good at swimming.

At last the day of the Great Swimming Race arrived. Teacher gave them all a pair of goggles. And a number. And two maps.

That very night Mr. and Mrs. Browne joined together. The teacher cried, "Go!" and the Great Swimming Race began.

Willy swam and swam with all his strength. But so did Butch.

Willy swam as if his life depended on it. Yet so did Butch.

Butch was catching up. How much further did Willy have to go?

But he was the BEST at swimming! HURRAH!

The egg was lovely and soft.

Willy burrowed all the way in... until he disappeared.

It was a little girl. They called her Edna.

But where had little Willy gone? Who knows?

But when Edna grew into a little girl and went to school... she found she wasn't very good at sums…

But she was VERY good at swimming! 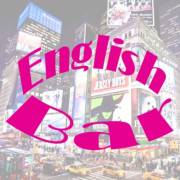