From NASA's Jet Propulsion Lab in Pasadena, California, right behind me is mission control. I'm going to let you take a look, because on February 18th, we're going to attempt to land NASA's next rover to Mars. It's going to be the most sophisticated rover ever sent to the Red Planet. It's even going to have a helicopter on it. So JPL is an amazing place, where people are creating robotic missions to explore the universe. They also create satellites that orbit the Earth and help us understand this planet that we live on.

But today, I'm going to talk about something a little bit closer to home. It’s going to be about a team of space engineers that invented a COVID-19 ventilator in just 37 days. And it all started when these two people bumped into each other at the JPL cafeteria. It was right before the very first shutdown when the pandemic started. They started to talk about work, but then they started to talk about what COVID might do in the United States, and that there might be a shortage of ventilators. And they started to ask the question, a really powerful, important question: Is what I'm doing right this moment the most important thing that I could be doing?

Well, they went home, everything got shut down, but Dave couldn't get that question out of his head. In fact, that weekend, he assembled a team, he found some funding, and on Monday afternoon, they ended up having a doctor come to JPL who had been working on ventilators for decades, told them all about ventilators -- what worked, what didn't work, and what was really specific to COVID-19. Now, you can imagine that this group of engineers are asking themselves, "Are we the right people to be making ventilators?" Well, after talking with the doctor more, they started to realize that yes, ventilators are things that are sensing and responding to bodies, human bodies. In our case, we create instruments that sense and respond to other bodies, like Mars or Jupiter. Ventilators need to be able to work in really harsh environments. Well, we create things that go to outer space. Ventilators also -- they just have to work, because if they don't work, someone might die. In our case, we send things to other planets, and when they get there, we can't go there and fix them, so we have a culture of testing and testing to prove to ourselves that everything can work before we send them.

Now, ventilators -- they're really complicated, and they are really expensive. There's lots of different parts, and they can do a lot of different types of things. So the team decided that instead of doing a complicated ventilator, they were going to do something that was specific just to COVID-19 and that would make it less expensive, use less parts. And if a bunch of these were in the hospital, the people that have COVID could be using them, and we could save the really expensive, sophisticated ventilators for those people who really, really needed them.

And so what they ended up doing is that they made subcriteria. And the criteria was: do no harm -- don't use any ventilator pieces that are in the supply chain of current ventilators; make sure that we use as few parts as really necessary; make sure that we can get those parts anywhere in the world, because we want people in lots of different countries to be able to make these same things; and then make it easy to use, because if it's not easy to use, people just aren't going to use it.

Well, I was sitting at home because I wasn't part of this project, and I'm just kind of working from home, and then I got this really unusual email by way of Dave Van Buren, asking me if I'd like to be a team culturalist. I had never heard of a team culturalist before. I actually lead a team of artists and designers, and we help people think through their thinking. But I thought, "You know what? I'm going to do anything to help. Let me go in and be of help." And so this is JPL, it's a really big place, but they only let around 200 people on lab, and only a few of those were people working on the ventilator. But this -- this is what I came to when I first got there. There's flashing lights, handwritten signs all over the place, a line on the ground and a sign-up sheet ... It was really strange. And I realized the people on the project were in different rooms, and they couldn't see each other. So I scavenged cameras and computers and cables from all the computers of people that are working at home to be able to set up a system so everyone could see each other. And in the process, I realized that this is a really important moment. This is really a historically important moment, and so I need to be taking pictures of all these different moments. And so I was able to get pictures of all these special moments when things first started to work, but also when things didn't work, and I was able to send them to the rest of the team, because, really, only about 20 percent of the team was at JPL. The rest were at home working and not really feeling connected to what was going on. So this was a really great way for them to feel like they were part of the team.

Now, everything was going super fast. And, just an example, the chief engineer said, "Hey, we need an interface for this ventilator that's going to be super easy for doctors to use. And could you get it done by 6am tomorrow?" (Laughs) And so our team called up a whole bunch of doctors all over the country at 8pm. We got together with them, got done at 10pm, asking them a bunch of questions. And literally, a designer ended up spending all night working on this, and by 6am, he had an interface done. Now, this was just par for the course for what the engineers were going through, because they were trying to create something they'd never thought of before. They were trying to get all the parts to work, get the software to work with parts ...

But the entire time, we were working with various doctors. The person in the middle is Dr. Gurevitch. He's the person who first told the team about what a ventilator was. The person in the computer next to him, his name is Dr. Levin. He's at Mount Sinai Hospital in New York, and that was the epicenter of COVID at the very beginning. And he would literally come out of the ICU in his [scrubs] and get on the webcam and start to critique what we're creating.

So, 37 days after they first learned what a ventilator was, they stayed up the entire night, and in the morning, they had finally finished their first working prototype of a ventilator. They had to hurry up and package it up, because then they were going to send it to New York, to Dr. Levin at Mount Sinai Hospital, where they tested it on this human testing case where they were able to see whether or not the ventilator worked, and it worked. Everyone was super excited, but they're even more excited today, because there are 27 organizations all around the world that are creating these things. They're in Nigeria, in Brazil, in India, in dozens of other countries. And it all started with that simple, powerful question: Is what I'm doing right now the most important thing I should be doing?

It’s Friday! Have an amazing weekend!

Asian s will not be so excited 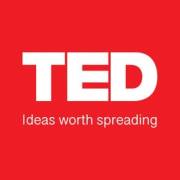