The parents of millennials were overly active in their children’s lives. They would even wake up their children for classes at college and talk to professors in person if their children were not doing as well as expected.

As well as expected 满足期望

A survey of about 9,000 college students found that 38 percent of freshmen and 29 percent of seniors say their parents have intervened to solve a problem for them “sometimes” or even “very often.”

24 percent of under-33-year-olds think they have a helicopter parent, but only 15 percent of parents agree.

Nearly a quarter of employers encounter parental involvement in the hiring process and the early stages of workers’ careers.

Nearly a quarter of millennials who are fully employed receive help from their parents with bill-paying.

The money is going for basic necessities and day-to-day expenses. These include cellphone bills, transportation (car repairs, gas, tickets, etc.), rent, and utilities.

Today’s young adults graduated into one of the worst recessions. Unemployment rose to 14.2% among 20- to 24-year-olds. Meanwhile, the average four-year college student had to borrow double what they borrowed in 1993. Also, Millennials earned about 20 percent less in than baby boomers did at their age.

Young people with helicopter parents tended to be less open to new ideas as well as more vulnerable, anxious and self-consciousness.

We see no evidence that helicopter parents are bad for students. Popular media may worry about it, but students seem to benefit from the additional support and encouragement they receive. 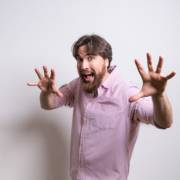