Imagine a future where our streets are filled with ads 200m tall; where billboards change before our eyes to give us personalised messages; and where companies track our every move as we walk through a city, pinging our phones with special offers as we near their shops.
In fact, all of these forms of advertising are already being tested. Let's take the first of these ideas. Back in 1982, science fiction movie Blade Runner envisaged a futuristic cityscape where giant adverts stretched the full height of skyscrapers. And UK company Lightvert are now doing something very similar; with one crucial difference.
Instead of making immense physical adverts, their commercials are beamed straight into consumers' eyes. They do this by attaching a strip of reflective material onto a building and projecting an image onto it. This image then 'bounces' out into the world. When you pass directly in front of the image, you see it. It appears to be huge and suspended in mid-air, but others can't see it – it's only visible from one location. Lightvert claims this form of advertising is unobstrusive and can "unlock" large amounts of "high-value advertising real-estate".
But not everyone is sold on the idea of living in a world of endless ads. In Moscow, for example, a new form of advertising targeting motorists has split opinion. Drivers approaching a particular digital billboard in the city are shown adverts for a new kind of Jaguar car, but only if you are driving a different make of vehicle. Sensors in the billboard detect what kind of car you are driving, and send you an ad based on that information.
While this may seem invasive, it's actually the saftey aspect that has concerned some observers. Researchers in Sweden have shown that digital billboards attract our eyes for longer than other kinds. In fact, they distract us for over two seconds, a length of time which studies have proved to be dangerous on the roads.
Finally, we have "proximity marketing", where shops detect where you are on the high street and send tailored adverts to your phone. Devicescape is one company trialling the use of Wi-Fi as a means of tracking customers. Their technology could work anywhere, whether in "a supermarket, a concert hall, or a bus," says Owen Geddes from their marketing team. What would customers see? "It could be a discount offer to use in the shop the person is visiting, or a piece of content such as a movie trailer," says Mr Geddes. 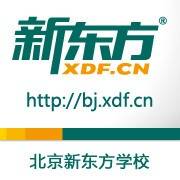 简介：Live to learn, learn to live, then teach others.