So, I teach college students about inequality and race in education, and I like to leave my office open to any of my students who might just want to see me to chat. And a few semesters ago, one of my more cheerful students, Mahari, actually came to see me and mentioned that he was feeling a bit like an outcast because he's black. He had just transferred to NYU from a community college on a merit scholarship, and turns out, only about five percent of students at NYU are black. And so I started to remember that I know that feeling of being an outsider in your own community.It's partially what drew me to my work.

At my university, I'm one of the few faculty members of color, and growing up, I experienced my family's social mobility, moving out of apartments into a nice house, but in an overwhelmingly white neighborhood. I was 12, and kids would say that were surprised that I didn't smell like curry.

That's because school is in the morning,and I had Eggo waffles for breakfast. Curry is for dinner.

So when Mahari was leaving, I asked him how he was coping with feeling isolated. And he said that despite feeling lonely,he just threw himself at his work, that he built strategies around his grit and his desire to be successful. A mentor of mine is actually Dr. Angela Duckworth,the psychologist at UPenn who has defined this stick-to-itivenessof grit as being "the perseverance and passion for long-term goals."

Angela's book has become a best seller, and schools across the country, particularly charter schools, have become interested in citing "grit" as a core value. But sometimes grit isn't enough, especially in education. So when Mahariwas leaving my office, I worried that he might need something more specific to combat the challenges that he mentioned to me.

As a sociologist, I also study achievement,but from a slightly different perspective. I research students who have overcome immense obstacles related to their background. Students from low-income, often single-parent households, students who have been homeless,incarcerated or perhaps undocumented, or some who have struggled with substance abuse or lived through violent or sexual trauma.

So let me tell you about two of the grittiest people I've met. Tyrique was raised by a single mother, and then after high school, he fell in with the wrong crowd. He got arrested for armed robbery. But in prison, he started to work hard. He took college credit courses, so when he got out, he was able to get a master's, and today he's a manager at a nonprofit.

Vanessa had to move around a lot as a kid, from the Lower East Side to Staten Island to the Bronx. She was raised primarily by her extended family, because her own mother had a heroin addiction. Yet at 15,Vanessa had to drop out of school, and she had a son of her own. But eventually, she was able to go to community college, get her associate's, then go to an elite college to finish her bachelor's.

So some people might hear these stories and say, "Yes, those two definitely have grit. They basically pulled themselves up by the bootstraps." But that's an incomplete picture,because what's more important is that they had factors in their lives that helped to influence their agency, or their specific capacity to actually overcome the obstacles that they were facing and navigate the system given their circumstances.

So, allow me to elaborate. In prison,Tyrique was actually aimless at first, as a 22-year-old on Rikers Island. This is until an older detainee took him aside and asked him to help with the youth program. And in mentoring youth, he started to see his own mistakes and possibilities in the teens. This is what got him interested in taking college-credit courses.

And when he got out, he got a job with Fortune Society,where many executives are people who have been formerly incarcerated. So then he was able to get a master's in social work, and today, he even lectures at Columbia about prison reform. And Vanessa ... well, after the birth of her son,she happened to find a program called Vocational Foundation that gave her 20 dollars biweekly, a MetroCard and her first experiences with a computer.

These simple resources are what helped her get her GED, but then she suffered from a very serious kidney failure, which was particularly problem atic because she was only born with one kidney. She spent 10 years on dialysis waiting for a successful transplant.

After that, her mentors at community college had kept in touch with her, and so she was able to go, and they put her in an honors program.And that's the pathway that allowed her to become accepted to one of the most elite colleges for women in the country, and she received her bachelor's at 36,setting an incredible example for her young son.

What these stories primarily indicate is that teaching is social and benefits from social scaffolding. There were factors pushing these two in one direction, but through tailored mentorship and opportunities, they were able to reflect on their circumstances and resist negative influences. They also learned simple skills like developing a network,or asking for help -- things many of us in this room can forget that we have needed from time to time, or can take for granted.

And when we think of people like this, we should only think of them as exceptional, but not as exceptions. Thinking of them as exceptions absolves us of the collective responsibility to help students in similar situations. When Presidents Bush, Obama and now even Trump,have called education "the civil rights issue of our time," perhaps we should treat it that way. If schools were able to think about the agency that their students have and bring to the table when they push them, what students learn can become more relevant to their lives, and then they can tapinto those internal reservoirs of grit and character.

So this here -- My student Mahari got accepted to law school with scholarships, and not to brag, but I did write oneof his letters of recommendation.

And even though I know hard work is what got him this achievement, I've seen him find his voice along the way, which as someone who's grown up a little bit shy and awkward, I know it takes time and support. So even though he will rely a lot on his grit to get him through that first-year law school grind, I'll be there as a mentor for him, check in with him from time to time, maybe take him out to get some curry ...so that he can keep growing his agency to succeed even more. 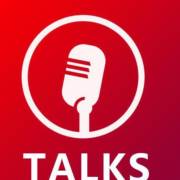