Jingjing: Hmm, what other advice can you give.

Jingjing: That's a good idea, especially if she ----------them there and I see shegot one of those already.

have yourself atime (verb phrase, idiom)  have a good time, take it easy

by that rationale  accordingto your idea, ...

bounce some ideasoff <someone> (verb phrase)  make a suggestion for a person,without the person having to take the suggestion too seriously (often-times,the person being asked does not have to apply the suggestion himself/herself)

price range (noun) what someone is willing to pay for something, from the lowest to thehighest acceptable price

run<something> by <someone> (phrasal verb)  make a suggestion for aperson, to see if it's an OK idea (this is often-times used when an employeeasks his/her boss if something is OK according to company policy)

killing two birdswith one stone (proverb)  do one thing, but get two things done

Good thinking. Not really. Not much. By that rationale, have yourself a time. Bounce ideas off of sb. Price range.

I'm hopefull to further limprove my english after listen to this program. 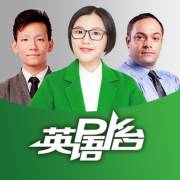